World Cup Fever has hit Studio IQ! With the semi-finals almost ready to kick off we can’t help but have a closer look at the development behind this competition, in particular the Brazuca ball.

Since the first FIFA World Cup held in Uruguay in 1930 the competition has become a major world event rivalled only by the Olympics.

In the 1930s each soccer ball was hand-made, using heavy brown leather and strong rubber bladders that could withstand heavier pressure than previously-developed balls, a very laborious process (at least by today's standards).

For the final between Uruguay and Argentina the teams refused to agree and so it was decided that both balls were to be used with Argentina choosing the Tiento for use during the first half and Uruguay choosing the T-Model for the second half. The end result: Uruguay defeated Argentina 4:2. 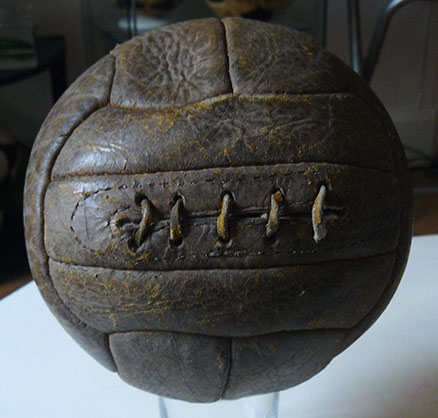 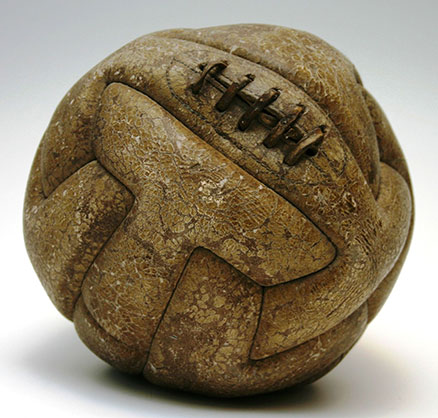 Both of these balls were originally developed for the 1928 Amsterdam Olympic Games, but each used a different number and shape of panels. Whilst the Tiento contained 18 sections stitched together arranged in six panels of three strips each, the T-Model comprised only 11 T-shaped panels. The iconic lace-up stitching was used to tighten the panel through which the balls were inflated; can you imagine how often they would deflate throughout a match?

Fun fact: During the 1930s World Cup final, the T-Model ball used for the second half deflated and had to be replaced by a brand new ball.

As the leather used was sourced from cowhides, the quality and thickness of these balls were known to greatly vary and even deteriorate throughout matches. Despite the heavy stitching required and the extreme water absorption of the leather, the balls were admired for their bounce and ease of kicking (although both the stitching and the water weight, meant headers were a ballsy choice). 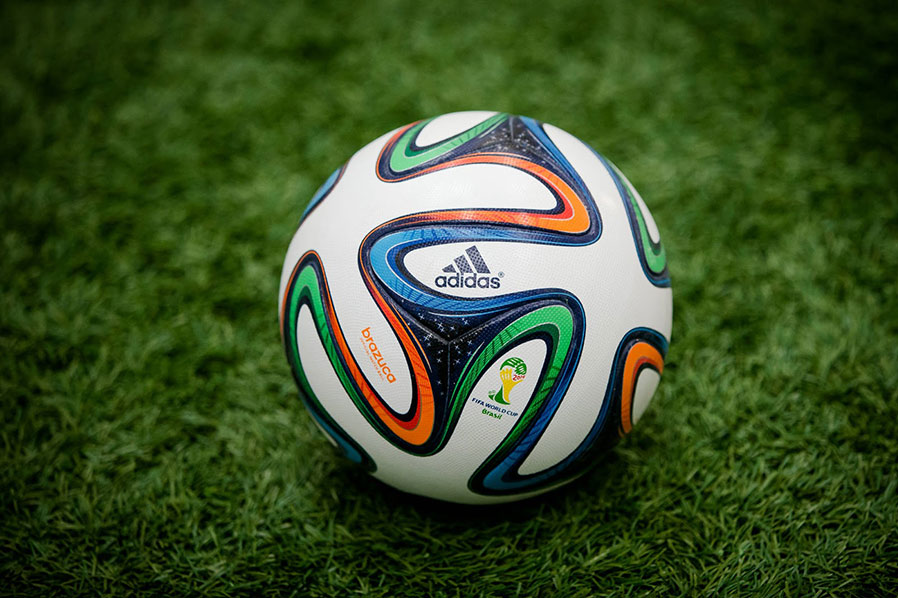 Adidas’s 2014 Brazuca ball has been called “perfection”. Photo by Adidas.

Starting with a misshapen and highly volatile ball, 19 different World Cup balls and two and a half years of testing later, Adidas have released a ball that experts are calling 'perfection'. User experience (UX) design principles have helped transform the World Cup ball to the amazing Brazuca ball, going through an unparalleled amount of testing, and made of only 6 polyurethane panels (no laces needed!).

Designed to reflect Brazil the vibrant host of the 2014 FIFA World Cup, the heat sealed ball has been specifically developed to adapt to the fluctuating wet weather and heat temperatures of this amazing country.

UX principles are not restricted to soccer balls though; you will find that everything from the cars you drive to the websites and social media platforms you use have often been designed with the same principles in mind. Interestingly, soccer jerseys often are developed using a similar process and design principles as the Brazuca ball.

What do you think of the ball so far? Is it really ‘perfection’? Find us on Twitter or Facebook and tell us what you think!