We had the privilege of revamping Wave FM’s brand identity as well as produce the marketing material for the launch of their new breakfast show.

To maintain the essence of the original logo, we incorporated elements such as the sky and dark blue colours from the old logo to create a new logo that was simple, fun and relevant. The new logo appeals to their primarily adult target market and helps showcase their new positioning statement “The Illawarra’s Best Music Variety”.

Wave FM’s new identity as well as the promotional material we produced for their new breakfast show was showcased across press adverts, billboards, bus and car signage and other media in a variety of different configurations.

Before: The logo suffered from some colliding letterforms and awkward colouring that made it hard to reproduce effectively.

After: The new logo is familiar to listeners but has been custom drawn to improve visual rhythm and increase its flexibility. 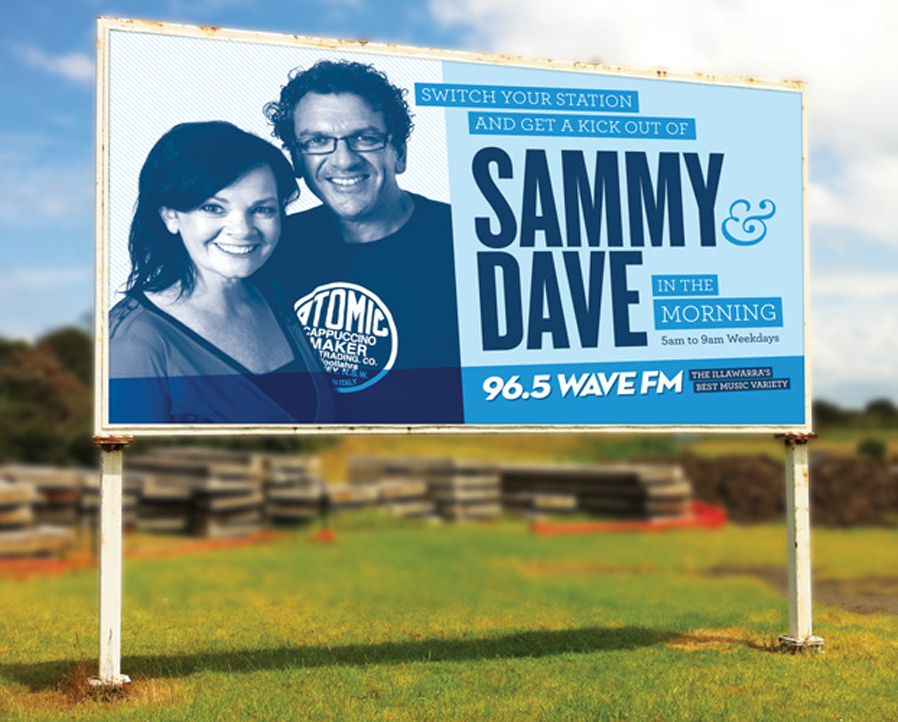