As part of the “Look To Horizon” advertising campaign, we produced a series of three TVCs and developed the branding for print materials which included DL brochures, Press Adverts and In-branch advertising.

The centrepiece of the “Look To Horizon” campaign was the series of TVCs which combine real life footage with stunning motion graphics and illustrations. We were responsible for the art direction, copywriting and design. The television commercials each focus on Horizon’s key products: Home Loans, Car Loans and Deposit Accounts. The series of television commercials positioned Horizon as a professional and trustworthy financial institution but also as a modern company that is different to their competitors.

Together with the Television campaign, we developed the branding for Horizon’s print materials utilising the same “look and feel” of the TVCs ensuring Horizon’s marketing message is consistent. We created styles for DL Brochures, Press Advertising and In-Branch posters including photography of the same actors that appeared in the TVCs. 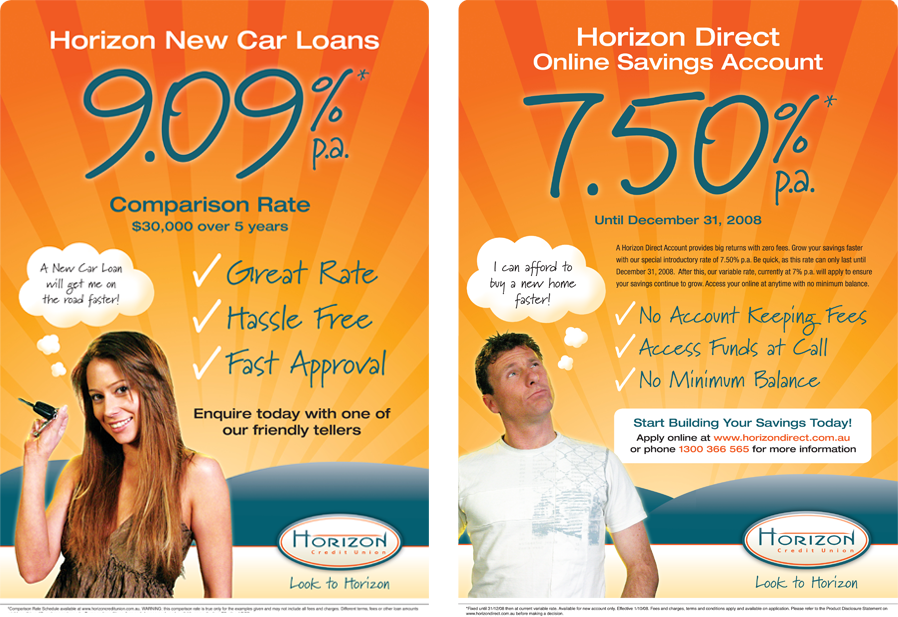