Audinate is an audio networking company known for its industry-leading Dante platform; a combination of professional audio software, hardware and network protocols that together allow professional-quality digital audio to be delivered over standard Ethernet networks.

Its technology has been included in products from Bose, Dolby, Yamaha and around 150 others.

Dante Via is a multiple award-winning application for Mac and Windows, allowing computers to send and receive audio within a professional-grade Dante network.

After producing a proof-of-concept of the technology, Audinate asked us to apply our user experience expertise to help them bring that complex, powerful technology to market in a compelling, usable software product that could work equally well for audio experts and general PC users.

We worked with them over the course of more than 8 months, producing personas and user stories to define their target customer base, researching the competitive landscape in depth and eventually producing many rounds of interface concepts and wireframes.

Once we converged on a coherent design, we produced an HTML prototype of most of the proposed interface, allowing us to perform a first usability test with five participants spanning the full gamut of personas, and a second test after addressing some key areas of friction in the earlier design.

Through these two rounds of usability testing against the prototype, we ended up identifying 53 distinct insights that affected our later design decisions, and from those developed 34 specific recommendations for design modifications to address areas of friction for the participants. All before a line of production interface code had been written by the development team. 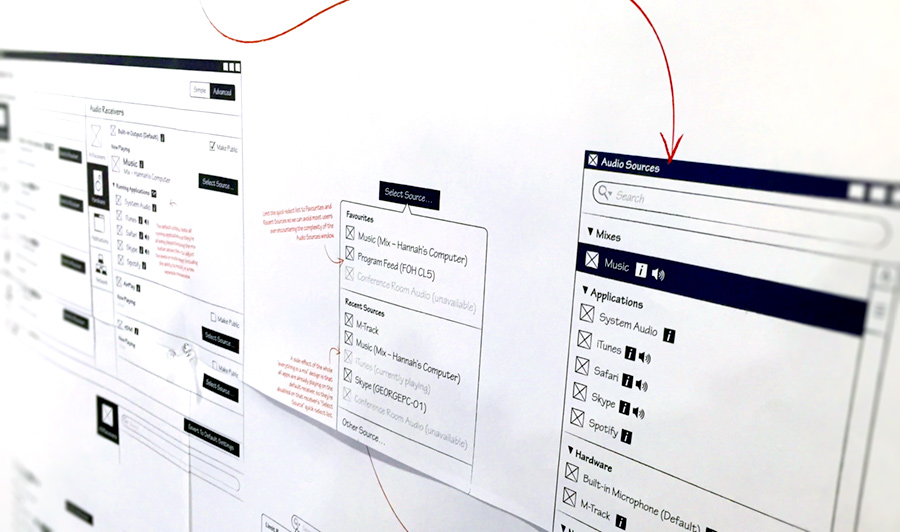 In the end, we provided Audinate with over 100 distinct wireframes, iterating on them in collaboration with their development team to address problems they uncovered 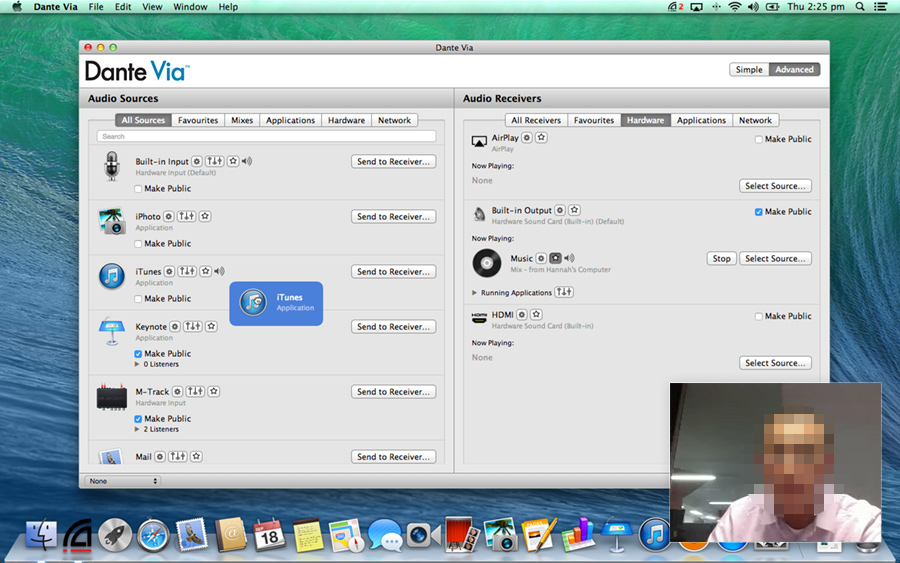 As audio deployments get bigger and more complex, they have become harder and harder for audiovisual experts to manage. Dante Domain Manager is Audinate’s multiple award-winning solution to this problem, bringing IT-style device management and control to the world of AV.

We were tasked with taking Audinate’s impressive proof-of-concept tech demo with all its considerable complexity and power and to design a coherent, usable interface that would make those capabilities discoverable and accessible for both AV experts and increasingly also for their IT counterparts.

From user and market research through to visual design and theme development, we were proud to help Audinate execute their vision in a way that has delighted reviewers and customers alike. 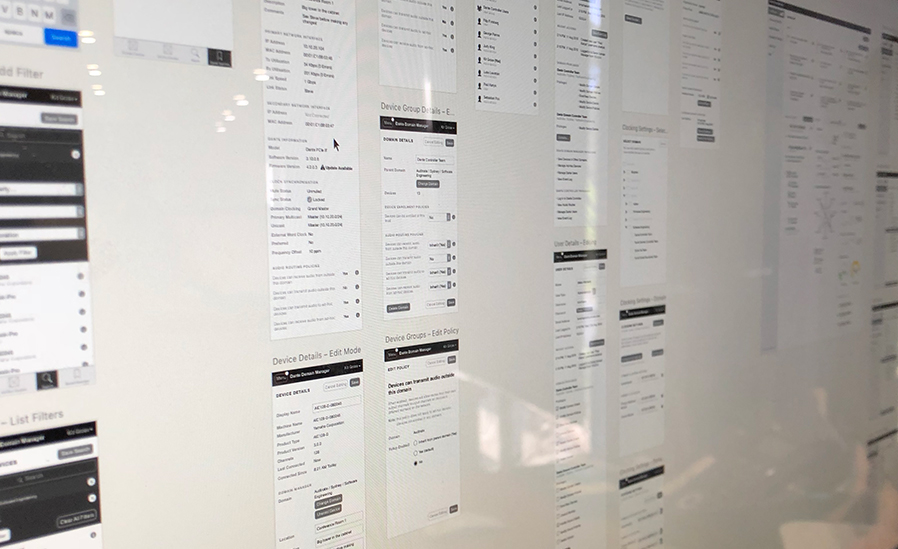 After user & market research, we produced more than 150 wireframes across desktop and mobile. 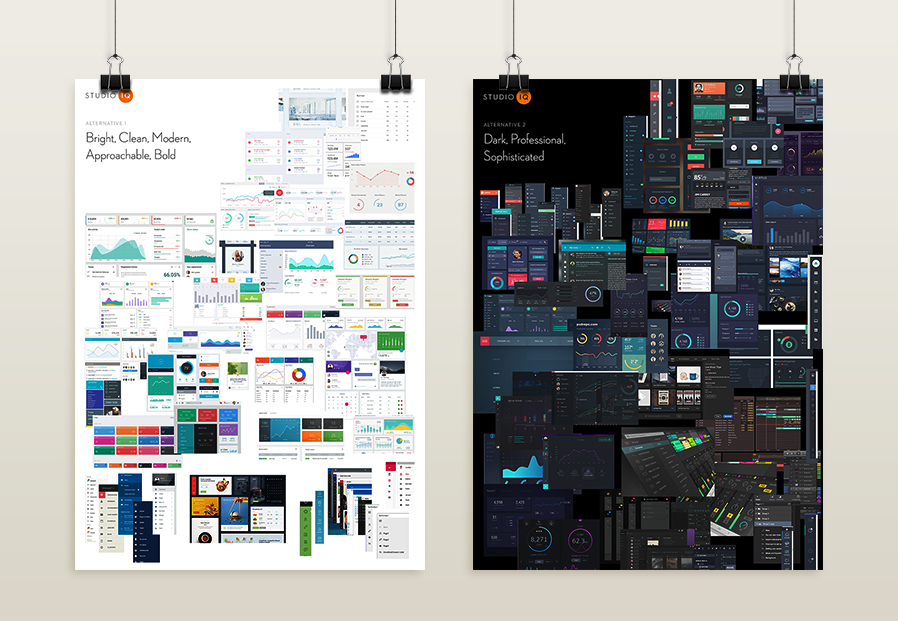 We established two alternative options for the visual design look and feel, each prioritising different desirable aspects. In the end, the darker option was chosen to improve accessibility when used in darkened rooms. 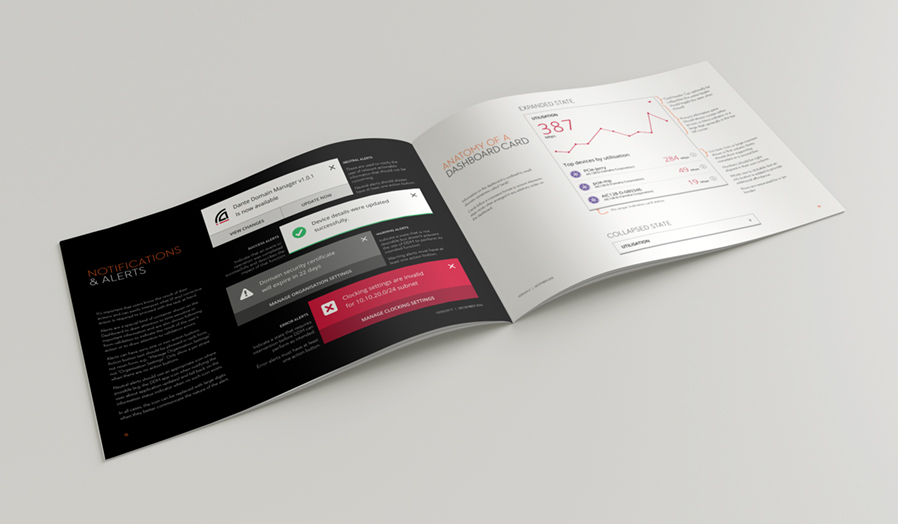 Rather than produce proofs for the entire application, we produced a thorough style guide document defining everything from colours and typography to tone of voice and use of language. 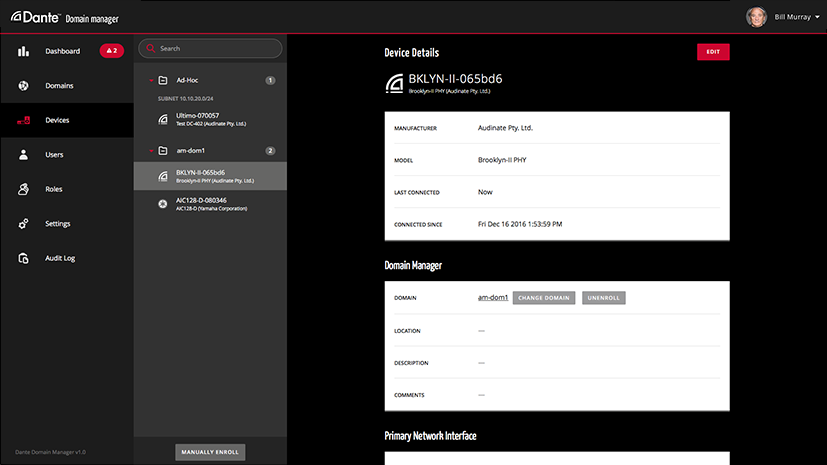 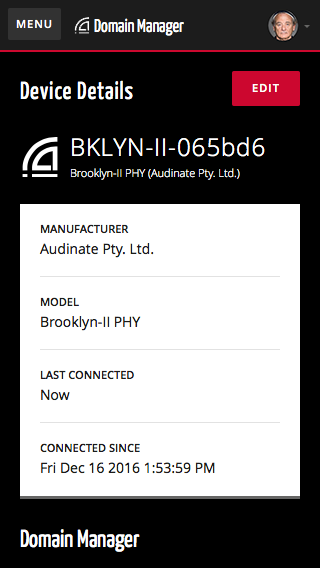