Handling money is always a sensitive topic. An unattended machine handling money doubly so. As a society, we’ve become accustomed to getting cash out of machines in the form of ATMs, but for the most part our experience inserting cash into machines is limited to vending machines and ticket machines (and in many cases, we only ever insert coins). So when P&O Australia asked us to design and build custom kiosks that would need to be able to dispense and accept thousands of dollars per day, we knew we’d be in for a challenge.

P&O Australia currently operates a fleet of 5 ships, each carrying between 1,200 and 2,000 passengers—all of whom need to be able to spend money on board the ship. A little over two thirds of users attach a credit card to their Cruise Card, but that still leaves more than 400 users queuing at reception on the first day of their cruise needing to add cash to their account.

Even once they’ve got money on their account, most cruises take passengers to a number of ports in Australia and overseas. At each port, many passengers choose to withdraw spending money in the local currency from their accounts; more queues at reception.

This was an area where Carnival Australia (owners of P&O Cruises Australia) knew their customer service could be dramatically improved. Internally, they hatched a plan to introduce custom money management kiosks to each ship to spread this demand out over multiple separate queues, freeing up the reception desk to handle the complex or unusual cases, and empowering passengers to manage their accounts themselves.

As experts in custom kiosk software and hardware design and development, Studio IQ and our sister company IQ KIOSK were the obvious choice.

As outsiders coming in, the very first priority with any project like this is ensuring we properly understand the problem. It’s tempting when given a concrete scope to design around a client-supplied specifications document, but with customer experience being P&O’s main priority, we knew from the start that the project would better meet the needs of its eventual users if we could go through a formal requirements gathering process, thoroughly researching the (occasionally contradictory) user and business needs.

Despite being an office full of designers and software developers, the design of hardware has always been ingrained into our DNA at IQ. We collaborate directly with our counterparts at IQ KIOSK to ensure a single user experience is carried over the entire finished product.

Kiosk hardware design is a task we’ve become very familiar with, but it’s far from an easy one. Manufacturing a kiosk in steel is a costly, time-consuming process and making changes after manufacture can be extremely difficult. 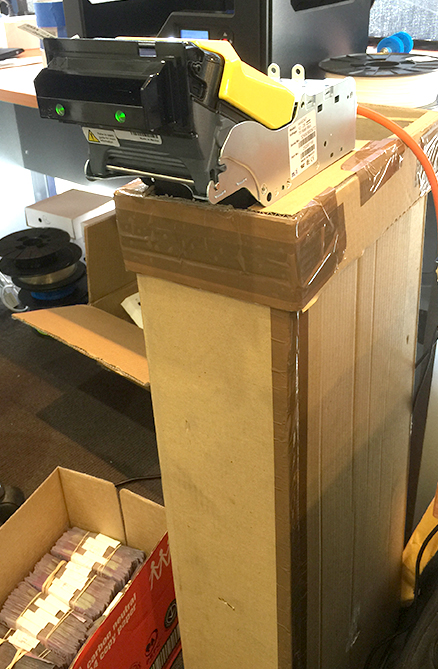 In order to test the capacity of our container and the reliability of our acceptor, we produced a prototype and fed 10,000 $5 notes into it over 8 hours 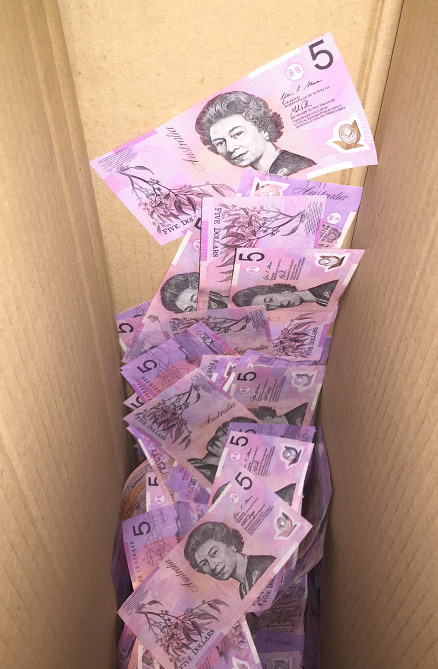 Notes stack in a very loose pile, and the pile doesn't level out at all until the weight builds up (at around about 9,000 notes in a box this size)

Designing software for kiosks is a unique and interesting problem. Designing software and hardware together is particularly fun, because you can solve some design problems directly in hardware, instead of in software.

For example, improving the branding and labelling of kiosk components on the physical unit can reduce or even remove the need to add wordy descriptions to the interface, leaving more space to focus the interface on the task at hand.

Each kiosk contains a dizzying array of different hardware components and sensors. So while our software developers worked on integrating with each of them, we began to iterate on the interface. 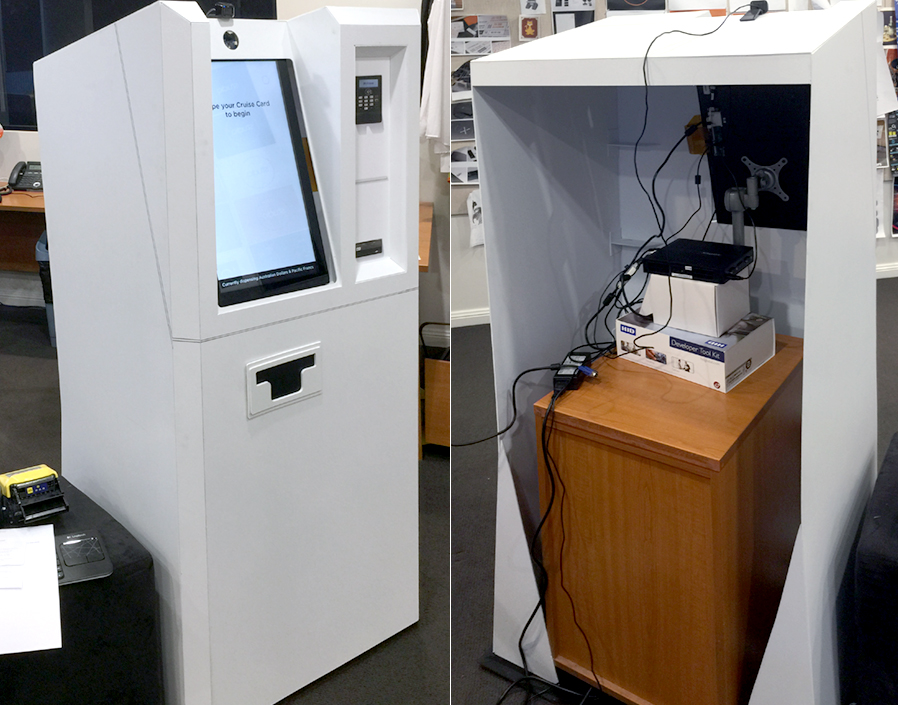 We took our low-fidelity wireframes and converted them directly into a clickable prototype, which we coupled with a scale model of the kiosk enclosure to perform usability testing

As the interface’s interaction design was coming together, we worked to incorporate P&O’s distinctive branding and fun-loving aesthetic directly into the interface.

Thanks to P&O’s dedication to customer experience, we were able to achieve an impressive result for their passengers. The kiosks’ maiden voyage was the Pacific Eden’s cruise from Sydney to Cairns in December 2015. In the 5 weeks since then, users have added over $1 million to their accounts using the kiosks. Since its successful pilot, the project is set to expand across the rest of the P&O Australia fleet in the coming year.